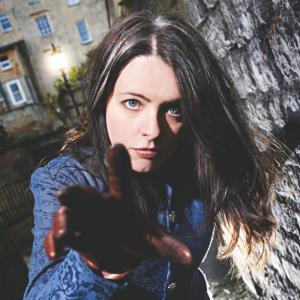 Emma Newman writes dark short stories and science fiction and urban fantasy novels. She won the British Fantasy Society Best Short Story Award 2015 and 'Between Two Thorns', the first book in Emma's Split Worlds urban fantasy series, was shortlisted for the BFS Best Novel and Best Newcomer 2014 awards. Her first science-fiction novel, Planetfall, was published by Roc in 2015. Emma is an audiobook narrator and also co-writes and hosts the Hugo-nominated podcast 'Tea and Jeopardy' which involves tea, cake, mild peril and singing chickens. Her hobbies include dressmaking and playing RPGs.