Home » A Song of Ice and Fire/Game of Thrones 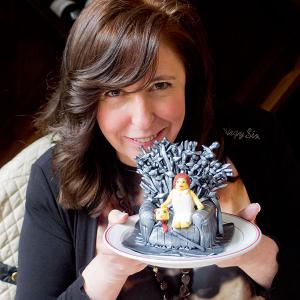 After dropping out of university in Madrid, Cristina Macía began her career as translator with American comics in Barcelona and is now classed among the top sf and fantasy translators in Spain, especially for her Spanish Game of Thrones. This accounted for 10% of all sales of George Martin books worldwide, including in English. As well, she translated Terry Pratchett and many other writers. She also writes cookbooks, organises festivals, and has authored a best-selling young adult novel, Haunted House.

She will be joining the ASOIAF track organiser to talk about the men of Game of Thrones during the session titled 'There Are No True Knights'.

Year:
2013
Content Groups:
A Song of Ice and Fire/Game of Thrones