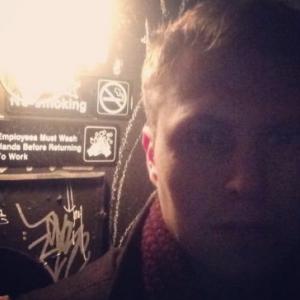 James Smythe is one of the most lauded young writers of his generation. He received his PhD in Creative Writing from Cardiff University, where he also taught. He currently teaches creative writing at Roehampton University. He has published a number of novels with Harper Collins: THE TESTIMONY (2012) (winner of Wales Book of the Year), THE EXPLORER (2012), THE ECHO (2014), THE MACHINE (2013) (shortlisted for the Arthur C Clarke Award) and NO HARM CAN COME TO A GOOD MAN (2014) and has quickly become one of the most critically lauded young genre and speculative fiction writers in Britain. The first of his YA series, WAY DOWN DARK, was published by Hodder in 2015.