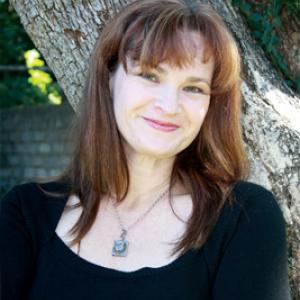 Specialising in dark fantasy and horror, Angela Slatter is the author of The Girl with No Hands and Other Tales, Sourdough and Other Stories, The Bitterwood Bible and Other Recountings, and Black-Winged Angels, as well as Midnight and Moonshine and The Female Factory (both with Lisa L. Hannett). She has won a World Fantasy Award, a British Fantasy Award, a Ditmar, and five Aurealis Awards, as well as being a finalist for the Norma K. Hemming Award.

She has an MA and a PhD in Creative Writing, is a graduate of Clarion South 2009 and the Tin House Summer Writers Workshop 2006, and in 2013 she was awarded one of the inaugural Queensland Writers Fellowships. In 2016 Angela will be the Established Writer-in-Residence at the Katharine Susannah Prichard Writers Centre in Perth.

Her novellas, Of Sorrow and Such (from Tor.com), and Ripper (in the Stephen Jones anthology Horrorology, from Jo Fletcher Books) were released in October 2015.

Angela’s urban fantasy novel, Vigil (based on the short story “Brisneyland by Night”), will be released by Jo Fletcher Books in 2016, and the sequel, Corpselight, in 2017. She is represented by Ian Drury of the literary agency Sheil Land for her long fiction, and by Alex Adsett of Alex Adsett Publishing Services for illustrated storybooks undertaken with Kathleen Jennings.